Bricks in The Wall 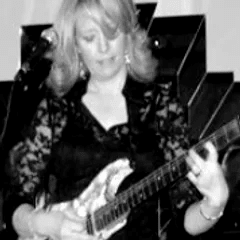 Sue Taylor has performed all over the world, from the 52nd Inaugural Ball in Washington D.C. to Carnegie Hall in New York, Casino Estoril in Lisbon, Portugal, and The Bottom Line in Nagasaki, Japan. She has appeared with some of the biggest names in entertainment, including Chris Martin of Coldplay, Gwyneth Paltrow, Michael Bolton, Linda Fischer (former in-house composer for Douglas Dunne Dance Troupe) and Gretchen Langheld. Sue’s television credits include “The Joan Rivers Show”, “Retaining Laughter” (on Lifetime), and a special appearance performing on The Sopranos. Sue is currently working on an album of her original jazz-fusion compositions. Sue met Margaret at the same Tu B’ Shabat performance in Saratoga Springs and has been performing in Margaret’s band since September, 2008. Sue hails from Ithaca, New York.

Iris Ornig, who was born and raised in Germany, has studied at the Jazz School at Saint Gallen, Switzerland, and the Guildhall School of Music and Drama in London, England. She has performed as a bassist and band leader of her own quartet at a variety of venues throughout Europe, the United States, and West Africa including the Bitter End Café and Joe’s Pub in New York City; Birdland in Vienna, Austria; and Barbican Hall in London, England. Her festival appearances have includes the Saint Petersburg Jazz Festival, Moscow Jazz festival, and the Jazz Festival in Innsbruck, Austria and Hartford Jazz Festival in Connecticut. She has appeared on several recordings and has been the Musical Director of the Girsberg Sommertheater in Switzerland. Her original compositions can be heard on her website, www.irisornig.com. Iris first met Margaret during a Tu B’Shabat Performance in Saratoga Springs and has been performing in Margaret’s band since its inception in March 2007. She currently resides in New York City. 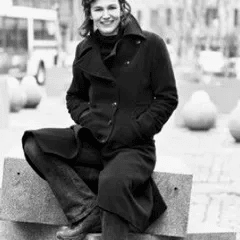 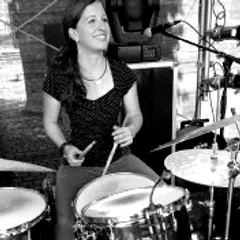 Brooklyn-based drummer Mareike Wiening will record her second album as a bandleader and composer in 2017. She won several competitions and awards both in jazz and classical and appeared on many critically acclaimed recordings as a sidewoman with artists like Adrian Mears and Johannes Enders. Her music was already played at the Carnegie Hall NYC as well as in concert halls in Germany, Switzerland, US, Denmark, Estonia, and Brazil. Wiening is a cultural laureate of her hometown Herzogenaurach as well as the county Erlangen- Höchstadt in Bavaria, Germany. She was honored to play at international acclaimed festivals like the ENJOY JAZZ Festival, Women in Jazz Festival, and at important European venues such as “Unterfahrt” Munich, “A-Trane” Berlin as well as Dizzy’s Club Coca Cola NYC and the Blue Note in New York City.

She represented the University of Performing Arts Mannheim at the IASJ Meeting in Sao Paulo, Brazil and has played in award-winning bands like the German Youth Jazz Orchestra (BuJazzO) and the swiss “Generations” band. She received a scholarship to attend the internationally acclaimed jazz workshop at Banff, Canada. Mareike studied Jazz Performance at the University of Performing Arts, Mannheim, Germany, and completed a yearlong exchange at Rythmic Musikkonservatory (Copenhagen, Denmark) in 2010. In 2012, she moved to New York City after receiving the DAAD scholarship from Germany for two years. Mareike was enrolled at the master's program at New York University where she has studied with Tony Moreno, Stefon Harris, Kenny Werner, Dave Pietro, and many more. She received her degree Master of Music in spring 2014. Mareike Wiening endorses MEINL Cymbals exclusively.

Marla Bracco had both an undergraduate and a Master’s in Violin Performance from the Peabody Conservatory of Music. In 2009, she completed her long-term Suzuki Certification through the School for Strings in New York City. In and around the Capital Region, Marla has performed with Albany, Schenectady, and Glens Falls Symphony, in which tours have taken her throughout the United States and Italy. Marla is currently on the faculty of the Woodland Hills Montessori School in North Greenbush, New York. She is one of the original members of Margaret’s band, having joined the ensemble in March 2007 and resides in Albany, New York.